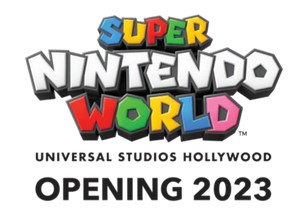 Just yesterday, Universal made a HUGE announcement! Super Nintendo World will be opening at Universal Studios Hollywood next year!

While not many details are known at this time, including the exact opening date, The Hollywood Reporter is reporting that Super Nintendo World at Universal Studios Hollywood will offer Guests one ride, several interactive areas, along with immersive shopping and dining options.

After several delays with no thanks to the ongoing COVID-19 pandemic, the World officially opened to Guests just one year ago in March 2021 with much fanfare.

Just like Japan, once the first Super Nintendo World opens here in the United States, Guests will think they landed directly in the middle of their favorite video games with favorites Mario, Luigi, and Princess Peach, and more on hand.

If you are looking to experience Super Nintendo World here on the East Coast at Universal Orlando, you are in luck – though it’s going to be just a little longer of a wait.

Once the all new Epic Universe Theme Park opens at Universal Orlando in 2025, guests will also be able to immerse themselves in their favorite Nintendo video games as a Super Nintendo World is also slated for the all new park.

Epic Universe at Universal Orlando was originally announced back in 2019. Also plagued by pandemic delays, construction on the Park was completely halted and the fate of the project was up in the air.

However, earlier this year, Universal confirmed that the project was back on track but will be opening in 2025. I personally drove by the site of the new park the other day and can confirm construction is definitely underway!

Will I see you at the new Super Nintendo World opening at Universal Studios Hollywood in 2023?! Let me know in the comments below!

Let’s start planning your visit to EPIC Universal vacation! Fill out the form below or send an email to Holly@MickeyTravels.com for a FREE, no-obligation quote to book your vacation. As an agent with Let’s Adventure Travel, I will be on hand to help you with everything from finding your perfect package and find the best deals possible. Best of all, my services are absolutely FREE. Get in touch via email at Holly@MickeyTravels.com or calling 954.401.9577. Also, make sure to CLICK HERE to follow along with my Facebook page for all things Disney and giveaways!